by Donna Marie Thompson, PhD
Jyn Kyu Robertson has a wonderful life success story that can inspire and motivate practically anybody in the world, regardless of their race, gender, age, and nationality.
Jin was born and raised in Korea. She worked as a factory girl, waitress, and a maid. At age 22, she immigrated to the USA to become a maid with practically no English and $100 to her name. At the age of 28, Jin joined the U.S. Army as a private to escape from the domestic violence. Through determination, imagination, and sheer will, this battered, foreign-born single mother has retired as a U.S. Army major and received a Ph.D. from Harvard at the age of 57.
Jon’s Daughter Follows in Her Footsteps
Amazingly, given the difficult times in her life, Jin’s daughter was cited as a Presidential Scholar – an honor given to only 1 of 18,000 high school seniors. She graduated from Harvard and become a U.S. Army officer. She was following in her mother’s impressive footsteps.
Media Coverage
Korean TV has made documentaries of Jin’s American dream story which inspired and motivated millions of Koreans, regardless of their gender and age, several of which were on the verge of suicide until they heard Jin’s inspiring messages.
Jin is now Korea’s most popular motivational speaker having delivered over 500 speeches and a bestselling author of the books chronicling her amazing story that has sold more than 500,000 copies. 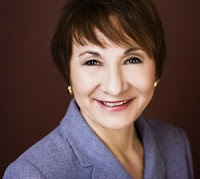 Donna lost her mother, her man, her money and health, all within months of each other. Having experienced devastating loss – the kind that would knock most folks down permanently – Donna Marie Thompson, PhD can declare she’s a survivor. Through reliance on her faith, friends and core values, she was able to once again find happiness, joy and hope and is now living an extraordinarily happy life. More importantly, Donna wants to share with you how to survive and recover from loss, and move forward into a more fulfilling and happier life.
Here at Bouncing Back Now, you’ll find a warm, supporting and caring community who has like you, experienced challenges, problems, losses, hardships, and obstacles. We will work through this together, and Donna Marie is ready to lead you towards your transformation. Find inspiring message in her blog, listen to audio sessions and watch her compelling videos. Say NO to the status quoTM, and let’s start Bouncing Back Now!
at 12:00 AM