The Sky Is The Limit With Jill Lublin 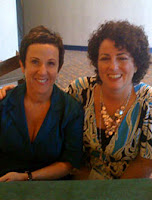 Praised as a modern-day Dale Carnegie for how to be influential, Jill Lublin has empowered and inspired over 100,000 people through her best-selling books, national and international speaking tours, and strategic consulting engagements. Jill’s national bestselling books include:

Networking Magic,which rose to #1 on the Barnes and Noble charts for three weeks (with Rick Frishman and Mark Steisel, Adams Media, 2002)

Guerrilla Publicity often called the PR bible, which has proven so perennially popular that it was updated to a second edition with podcasts, blogs, and media training for the digital age (with Jay Conrad Levinson and Rick Frishman, Adams Media, September 2008).

Get Noticed…Get Referrals: Build Your Client Base and Your Business by Making a Name for Yourself also a national bestseller (McGraw-Hill, June 2008).
at 12:00 AM

Email ThisBlogThis!Share to TwitterShare to FacebookShare to Pinterest
Labels: Jill Lublin, The Sky is the Limit Radio Show